At approximately 10:15pm on Monday, September 6, 2021, the Powhatan Public Safety Communications Department received a call for a house fire in the 3500 block of Archers Hill, in a subdivision located near the intersection of Maidens Road and Huguenot Trail. The caller indicated that his home was on fire and he was safely outside.

The first units arrived within 8 minutes of dispatch and found a 2-story home with fire throughout an attached garage spreading to the second floor and roof. Large hose lines were used to attempt to darken the fire down, as the was moving very quickly throughout the home.

Due to the rural location, six tankers were used to haul water to the scene from a nearby hydrant. Goochland County Fire-Rescue assisted at the scene as well as providing coverage in the event other calls for service were received.

Although the incident was placed under control in 40 minutes, the the last unit cleared from the scene some seven hours after the call was received. Over 35 firefighters assisted throughout the call.

The fire continues to be under investigation by the Powhatan Fire Marshal’s Office. We're thankful that no one were injured in the blaze, and the occupants will be staying with nearby relatives. 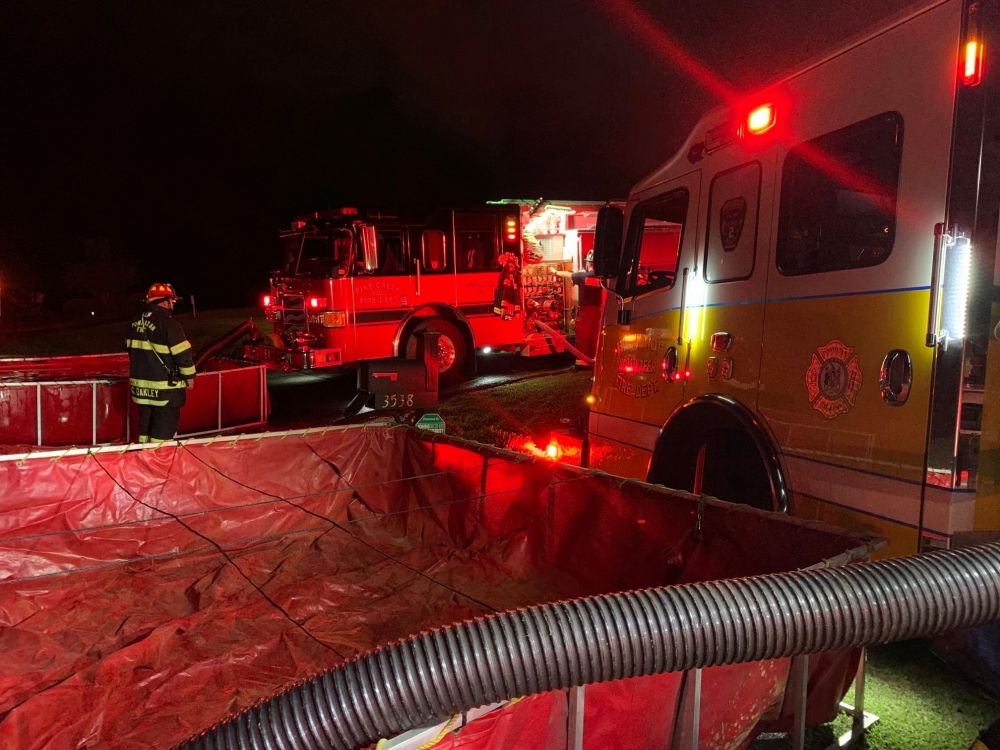 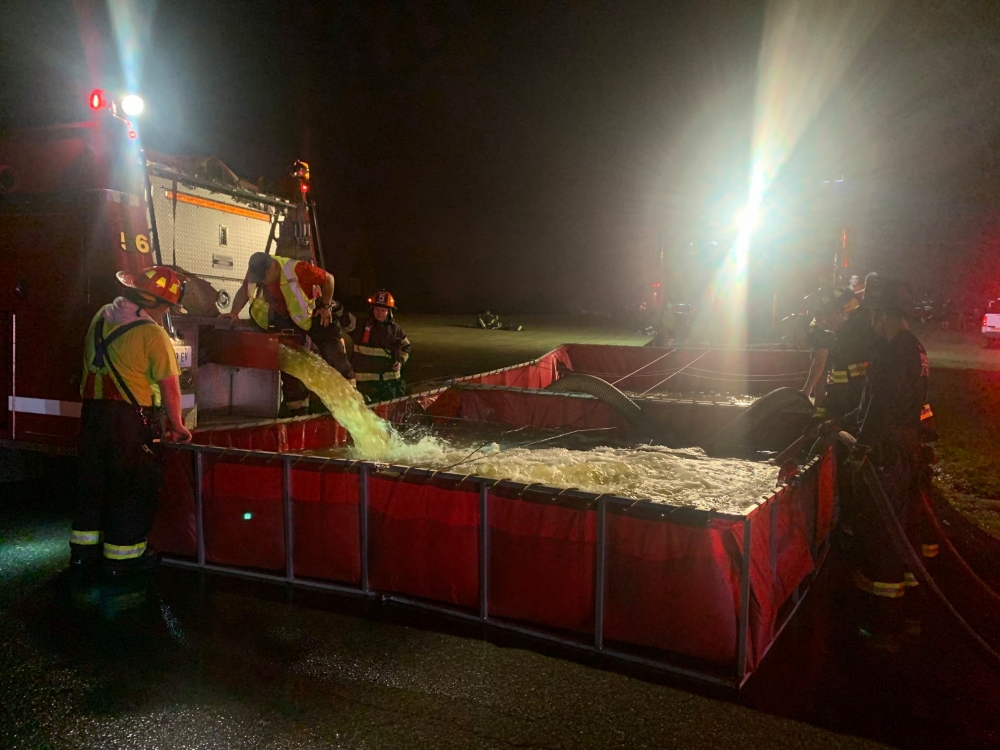 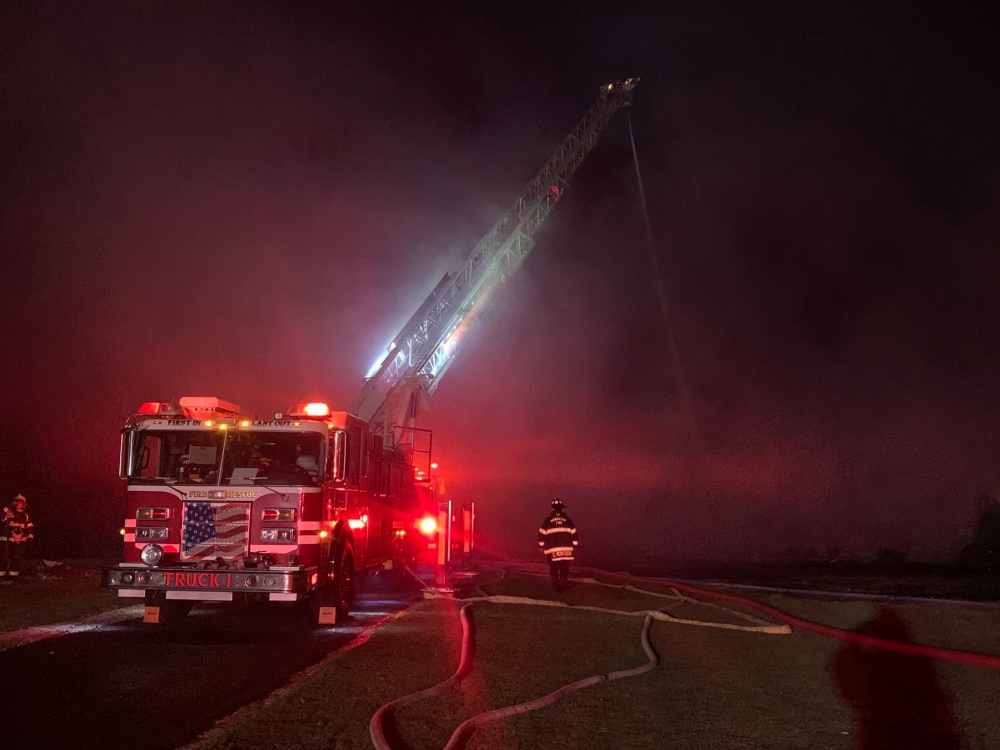 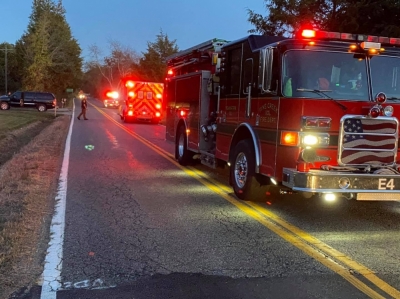 Earlier this evening, Engine 704 and EMS 704 were on scene at the 3100 block of Huguenot Trail with a 2 vehicle Motor Vehicle Accident (MVA).
MVA involving an overturned truck on Three Bridge Road 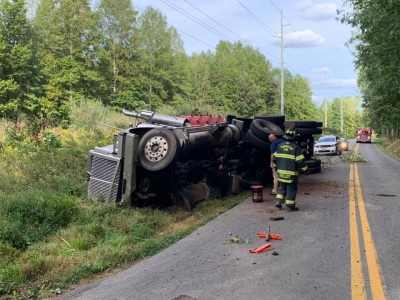 Hazmat 704 was on the scene of a Motor Vehicle Accident in the 3500 block of Three Bridge Road. Traffic was restricted in the area while controlling leaking fluids.
Structure Fire in the Aston Neighborhood 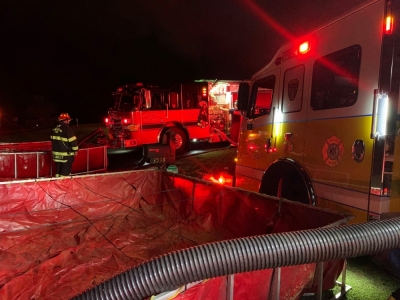 Courtesy of Powhatan Fire RescueAt approximately 10:15pm on Monday, September 6, 2021, the Powhatan Public Safety Communications Department received a call for a house fire in the 3500 block of Archers Hill, in a subdivision located near the intersection of Maidens Road and Huguenot Trail.
Read more »
MVA on Huguenot Trail 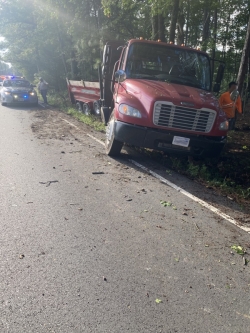 Earlier this morning, Engine 704 was on scene with a MVA on Huguenot Trail near Route 288. There was a single vehicle pulling a dump trailer that ran off the road and struck a tree. One person was transported to the hospital.
Read more »
MVA involving a motorcycle on Judes Ferry Road 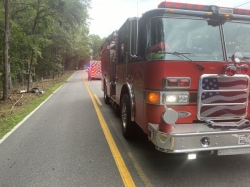 Engine 704 was on scene with a motorcycle MVA on Judes Ferry Road. One person was transported to the hospital. The scene has cleared and the engine is back in service.
Brush fire near Valley Springs neighborhood 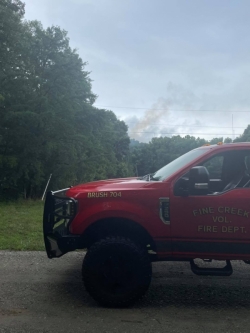 Brush 704 and Tanker 704 were on scene this afternoon with a brush fire near the Valley Springs neighborhood. The cause of the fire was weather related.
Hazmat unit dispatched to a MVA on Anderson Highway 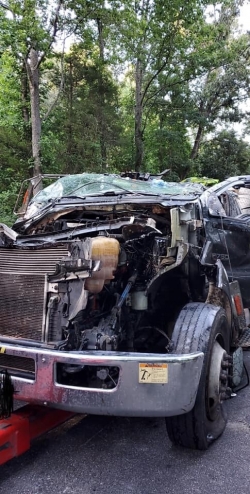 Our Hazmat unit was dispatched to the western part of the county to assist in control and cleanup of fluids leaking from the vehicle. There was an overturned tractor trailer blocking Anderson Highway completely with significant fluids leaking.
Read more »
Garage structure fire in our district 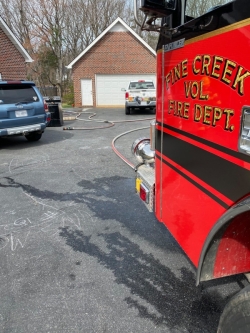 Fine Creek Fire Department responded to a structure fire in our district along with other resources from Powhatan Fire and Rescue. Engine 704 was first on the scene and made a quick attack on a fire in the garage and saved the home from catching on fire.
Read more »
Brush Fire in the district 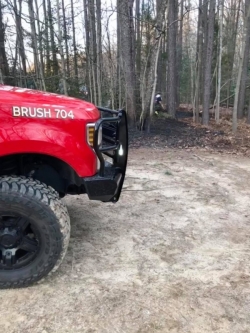 Late this afternoon, Brush 704 and Tanker 704, along with other Powhatan Fire units responded to a brush fire in our district. Brush 704 was first on the scene and made a quick stop to the fire. The Virginia Department of Forestry bulldozer was on it’s way, but was not needed.
Read more »
Company 4 responds to a MVA on Huguenot Trail 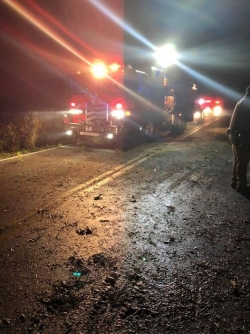 Tonight, Engine 704 and EMS 704 responded to 3200 block of Huguenot Trail for a motor vehicle accident with entrapment. When Company 4 arrived on scene, our crew quickly went to work to extricate the patient.
Read more »
Kitchen fire on Judes Ferry Road 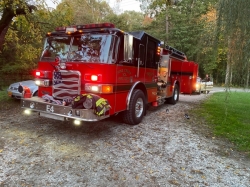 Yesterday evening, Company 4 Fine Creek Volunteer Fire Department along with resources from Company 1 and Company 2, was dispatched to a reported structure fire in our district on Judes Ferry Road. Engine 704 (with 5) was the first arriving engine and found the fire had been extinguished by the home...
Read more »
Structure Fire in Company 2's district 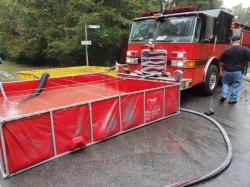 This morning we were dispatched to a reported structure fire in Huguenot Volunteer Fire Department's district. Company 4 - Fine Creek responded with Engine 704, Tanker 404 and Car 704 with a total of 6 volunteers.
Read more »
Serious MVA on Route 288 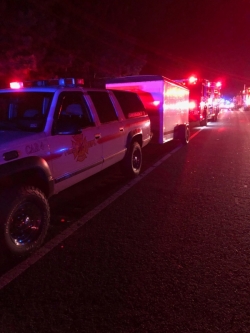 Engine 704, Tanker 704, Car 704 with our hazmat trailer along with other Powhatan County resources are on the scene of a serious accident on Route 288. The northbound lanes are closed for Medflight to land.
Read more »
MVA Overturn on Three Bridge Road 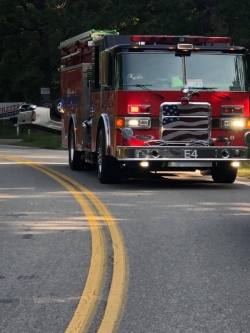 This morning, Engine 704 responded to a Motor Vehicle Accident (MVA) on Three Bridge Road. The vehicle involved had overturned and was off the road. There were no injuries.
Tree on power lines on Judes Ferry Road 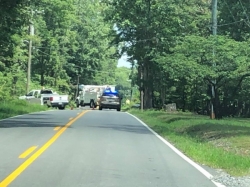 Engine 704 and Brush 704 were dispatched to the scene of a power lines down on Judes Ferry Road. The road was temporarily shut down until Dominion Energy cleared the tree from the power lines.
Structure Fire on Goodwyn Road 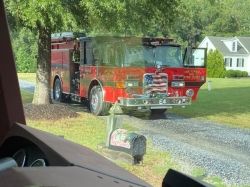 Fire Creek VFD Engine 704 and Tanker 704 responded to Goodwyn Road along with Companies 1,2, and Fire Administration for a reported structure fire caused by a lightning strike to the chimney. There was extensive damage to the residence, but no active fire or resident injuries.
Read more »
Structure Fire on Boyer Road 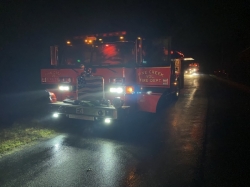 On Tuesday, July 21 at 2:38 a.m., Engine 704 and Tanker 704 along with units from Company 2 - Huguenot and Company 1 were dispatched to a reported structure fire in Huguenot's district. First arriving units found a light haze of smoke in the residence and more smoke in the crawl space.
Read more »
Reported Structure Fire 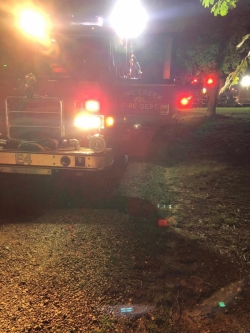 Engine 704 and Tanker 704 along with other Powhatan Fire and Rescue units were dispatched tonight to a reported structure fire on Highland Drive. Upon arrival, we found an electrical box arcing in the residence.
Read more »
Mutual aid for Chesterfield County structure fire 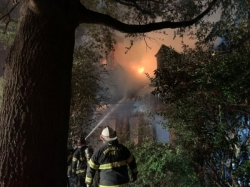 Our Tanker 704 was dispatched to assist Chesterfield County Fire and EMS with a structure fire in the Salisbury subdivision. There were no injuries among Powhatan firefighters.
Motor Vehicle Accident Overturn on Judes Ferry Road 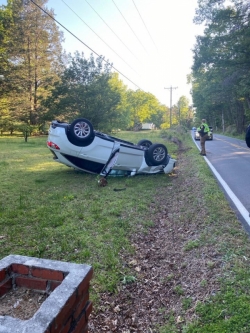 We were just a little late starting our neighborhood run last night as we responded to a motor vehicle accident on Judes Ferry Road. Engine 704 and Car 4 responded and found a single vehicle overturned and off the road.
Read more »
1 of 22 of 2
23 entries in the Call history
Fine Creek Fire Department
1825 Huguenot Tr.
Powhatan, VA 23139
911
804-794-4742
Map
Directions

This site has been viewed 319,044 times.
Calls
News
Events
Pictures
Apparatus
Maintained by the members and staff of Fine Creek Fire Department. Designated trademarks and brands are the property of their respective owners. Copyright © 2006-2022. YourFirstDue Inc. All Rights Reserved. Content on this web site is supplied by Fine Creek Fire Department. YourFirstDue Inc. cannot be held responsible or liable for any content, text, pictures, or any other media found on this web site.
Management login
Powered by